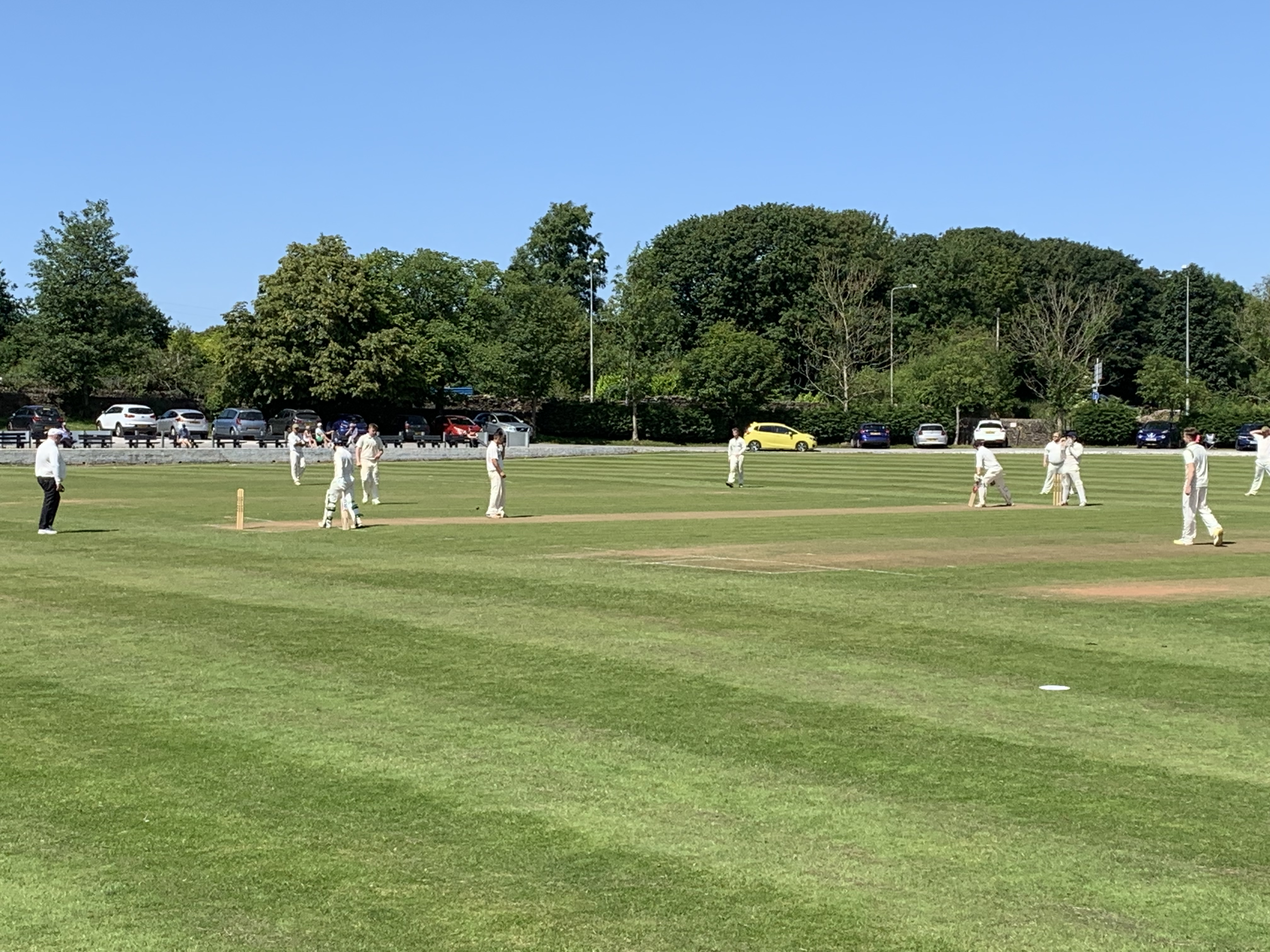 A rare Saturday game for our 1st XI this week. Worsley Cup games taking place on the Sunday meant we were straight back at it following a fine victory over East Lancs last week.

Middleton would be the opponents this week. The reversal of the opening day fixture as we move into the second half of the season. We would be hoping for a reversal in outcome too, as we fell short on opening day.

On arrival at the Cliffe, there was already a group of Middleton support in attendance, having arrived on a minibus at the same time as the players.

Into our team came Kaz Masood and Ben Rogers, who would keep wicket on his first XI debut. They took the places of Stuart Maher and Allan Armer.

We got off to, in what is becoming a welcome familiar pattern, a solid if unspectacular start, both batsmen adjusting to the conditions and picking up ones and twos wherever possible. Zeain fell to a run out whilst I was changing the little man’s nappy, so I can’t comment other than to say I probably wasn’t the only one feeling a little poo.

This brought professional de Silva to the crease and he and Oddie continued to work the ball into gaps on what had become apparent was a difficult surface. Oddie fell with the score on 33, very soon after followed by de Silva, LBW to a ball that appeared to hit him waist high. He’s not the tallest, but his incredulity at the decision suggested it may have been a little high.

Ethan Houldsworth and Kaz Masood set to rebuild the innings, and took us to 50 before Kaz fell, caught of the Middleton spinner. Jack replaced him, and went soon after, picking his spot to despatch a loopy full toss – and melting it straight at the midwicket fielder, who clung on.

Ethan was next to go, for a very measured and important 44 ball 14, and this brought together the father and son combination of Briggsy and Cockney

They helped us to 74, before Briggs fell, another loose shot trying to pick up the rate helping the spinner Highton to his third wicket. Newton went for a 19 ball duck, before Clifford was adjudged caught behind in another contentious decision. 87-9

An assured rearguard resistance from the increasingly impressive Faheem Basharat and debutant Rogers saw us pass 100, and close without being bowled out, 102-9

The tea break saw an opportunity for me to nip home and pick up my partner and six year old daughter, who were both to attend their first game since the birth of the little man. As I picked them up, I told them we hadn’t scored many runs, but it looked like there might be enough in the wicket for us to get at them, and if we could do so early, we might have a chance. They both looked at me blankly, smiled, and asked if I’d had fun. I assured them I had.

We’d missed a little of the second innings by the time we returned to the ground. Middleton were 36-1, the wicket to fall a stumping by Ben off the bowling of Paul Newton. Nevertheless, it looked as though our opponents were making short work of the target.

As we made it to the balcony…. Bosh! Wicket, stumps flying everywhere. Sanka had cleaned up number three Tierney, 36-2. In came another Tierney whilst the professional Williams was going about his business quietly at the other end.

Helmet strike – the ball beating the batsman, wicketkeeper and hitting the helmet stored behind him. Five penalty runs, not great given the low total, but probably only cost us one more than had it mot been there.

Anyway, the score had moved on to 48, this would be a great time to pick up a wicket. Newton in, bowls, and Williams smashes it straight to de Silva at cover. 48-3.

Dempster and Shahid dug in, and rebuilded for Middleton, taking the score to 62 before the former hit Newton upwards and Jack made no mistake.

Shahid continued unabated, assisted by Reece Jones, and as de Silva and Newton completed their over allocations, it looked as though they’d done enough to see our opponents home.

Kaz Masood replaced Newton and struck immediately. Shahid picked out Briggs who juggled for an age before holding on. When Masood bowled Royle two balls later, we appeared in the ascendancy, 10 runs required, two wickets left.

5 wides didn’t help at this stage, then… Masood in, flick off the legs, and a full length dive from Rogers down the legside that, from the reaction of all of our players, he could only have been inches away from taking.

What could have been a magnificent catch wasn’t, it was 4 runs, levelling the scores.

Faheem into the attack. Wicket  LBW!! Even at this late stage there was still fight. Middleton 9 down, and with the last man Highton facing every GHCC player was ready, waiting for a chance.

Swing and a miss – Dot

Swing and a miss – Dot

We lost on a wide. A wide that every player in a suitable position to view, including an extensive cordon and reportedly the two batsmen, were convinced was not a wide.

The game ended therefore in somewhat bizarre circumstances, but well done to Middleton on their win. Very well deserved requiring them to dig very deep. Our team can take pride in a battling performance, one that almost saw us overcome a team that is pushing Colne at the top of the table. We take 5 points from the game, 5 more than we picked up on the opening day.

Just as positive: My partner enjoyed the game and my 6 year old, who has shown no interest when I’ve brought her before, left asking if she could not only come again, but whether she could play. I’ll take her to junior training next week provided she hasn’t moved on to something else like unicorns or crisps by then.

One final note to mention the Middleton support, who were friendly, approachable and a credit to their club all afternoon. We’ll see you again soon.

Bacup away next week, who beat us by 30 runs at the Cliffe earlier this year. Me and the little man will be up there to report on what will be our first trip to Lanehead. I’m told it’s colder than Baxenden. Better wrap up.

On to the next one 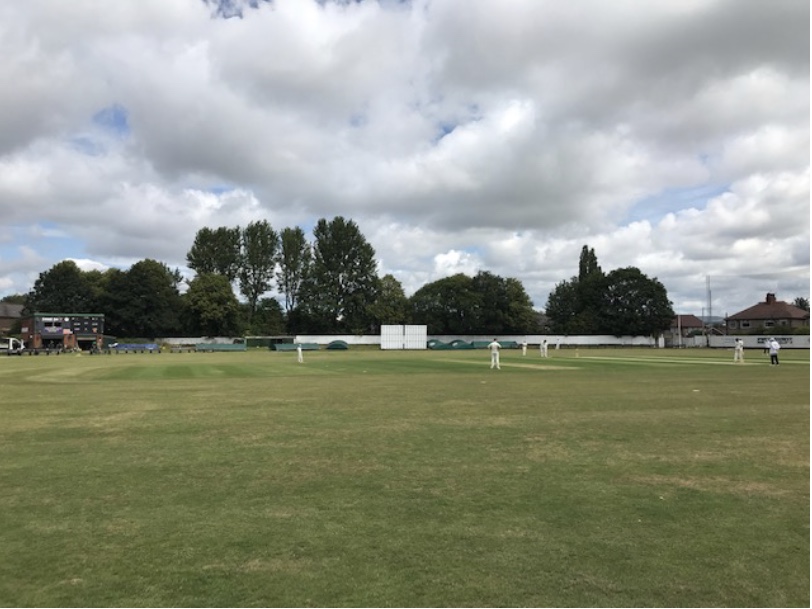 Roving Reporter Neil Kennedy again….following a weekend off supporting Great Harwood Cricket Club’s Beer festival which I am pleased to say was a great success for the club…..not necessarily my liver!

On arrival at the ground, it appears we are going to have good weather so looking forward to a good game. The picturesque ground named Towncroft is one of my favourites that I have visited, and Middleton have played on this ground since the early 20th century so has some history.

As I tuck into my lunch, Marcus turns up for the game dropping his takeaway in the bin next to the ground (no frugal advertising in these reports but from a well known American Fast Food outlet known as the Golden Arches)….no wonder he is known as Burger Jr!

It’s all happening as Hamza turns up and sells his car in the car park…….game not started yet!

As I finish my lunch I notice a special guest in the Umpire hut…….thought Mr Kayley was playing tomorrow not today…

Anyway, on to the game…..Russ wins toss, and we bat first.

Hamza and Harris to open.

I make my way round the ground for my first lap….. News Alert:- Middleton groundsman looks tired…

Newsflash:- 3rd lap of the ground and good time to thank our scorer today Chris Hamer (or Burger Snr) who is settled in the scorebox with his scorer wife of the day….

Wicket:- Alex out caught trying to drive one to mid-wicket (I think?!)…113-4. Paul Houldsworth in next.

Harris succeeds in getting his 50…well batted young man.

Comedy Alert:- Run for single Paul shouts no…Russ turns back….then yes…Russ sets off again…where is the Benny Hill music when you need it.

A few wickets fall in the upcoming overs as follows;

We close the innings on a good score so hopefully we can defend this.

Shovey to open. Harris opens at the scoreboard

Middleton move on to 42-1 off 7 overs……we need to get a breakthrough. Change of bowler as Marcus comes on for Shovey. Score 55-1.

Spectator view:- one of our supporters walks past and comments from the early overs bowled….”More extras than Ben Hur” 😊

Another change of bowler as Alex on for Harris.

Game proceeds and Middleton move to 105 at drinks. Run rate appears to be pretty level at this stage but their batters look set.

Change bowler as MC Ammer replaces  MC Hamer…….need to change some names for next report…highly confusing.

Newsflash:- as I take what must be my umpteenth lap of the ground I decide to visit the toilets at the other end of the ground…..unfortunately this turns into what I consider a bushtucker trial….

….thought Ant and Dec were going to turn up.

Change of bowler – Joel Houldsworth in for Alex.

Change of bowler as Shovey comes back on for Ammer. 167-3

Wicket:- great throw from Abid in the field makes a direct hit. 193-4.

Unfortunately for us Middleton win with 3 overs spare.

This was a very close game, and we competed well, but in my view,  there were too many runs given in the field alongside some fielding errors. It was a great game to watch and we were all made very welcome by Middleton CC as their guests.

Harris with his 65. Well batted

We kick off the second half of the 2019 Lancashire League season by welcoming Middleton to Cliffe Park for what promises to be a competitive league fixture.  The game will get underway at 1pm. 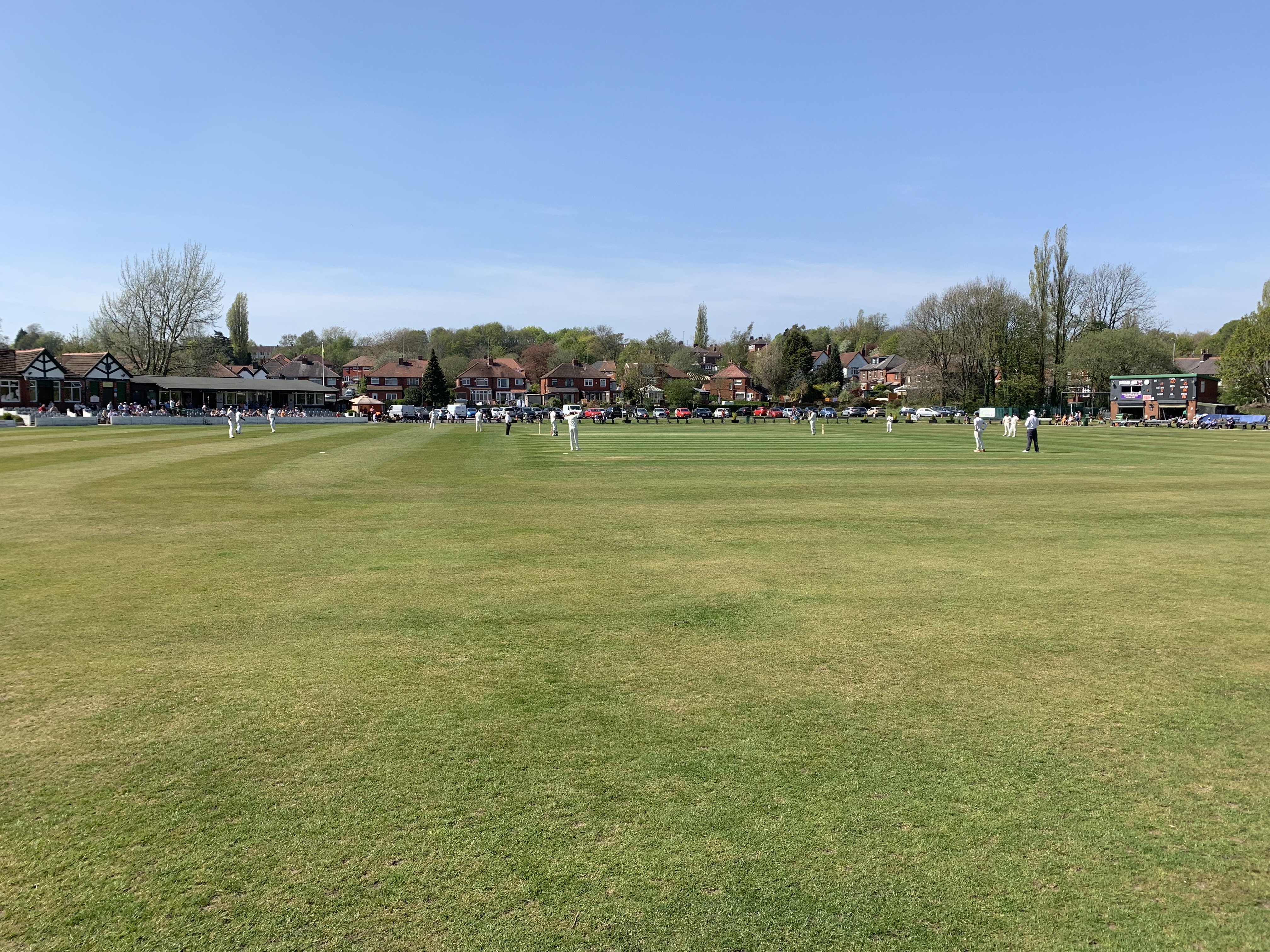 Our first fixture of the season saw us make our first ever trip to Middleton.

On a warm sunny day, having done the obligatory and lost the toss, we were asked to field. New pro Sanka opened the bowling with good pace and young Faheem at the other end.

Unfortunately Middleton got off to good start through us bowling far too many wides, Briggsy replaced Faheem and brought some control to the attack while chairman Stu followed the pro, getting us on the board with the first wicket.

We carried on picking up wickets at fairly regular intervals until a cameo from their middle order pushed them to 238.

Our innings got off to a bad start, losing Bunny early then Zeain not long after. Pro then went 2nd ball and we were in trouble.

Allan soon followed as did skipper, first ball to a shocker of a shot!

In came Jack who, along with Matty batted sensibly and aggressively when they could to keep us in touch of the rate until Matty was stumped for a well earned 68. Jack reached his first 1st XI 50 but soon after fell, and we collapsed to finish well short of the target.

On to the next one.