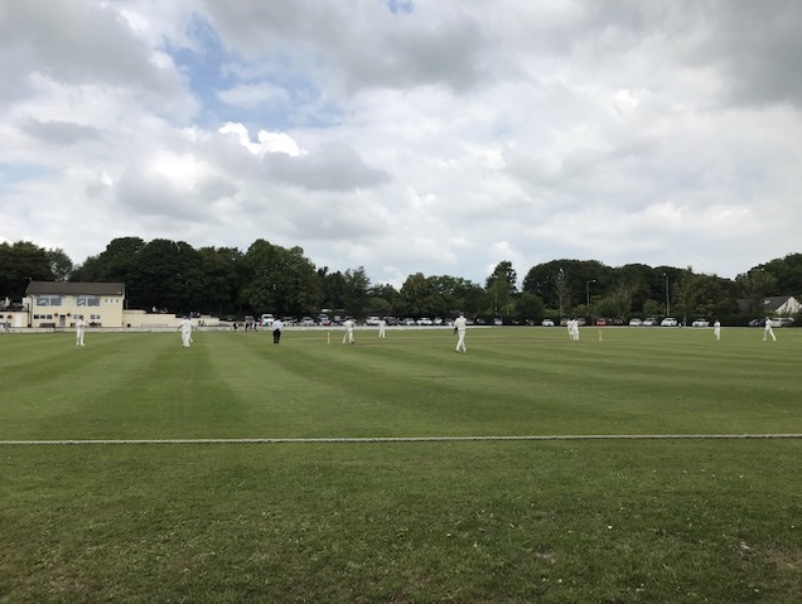 Following a visit to Middleton yesterday with the 2s, I am back at The Cliffe today to report on our 3rd team fixture against Lowerhouse CC.

Debut today for Lewis Elliot from our u13s side as wicketkeeper. Even better he faces his sister’s boyfriend…….who will get the bragging rights?

We are batting first.

Big thanks again for Umpire Shak for supporting this game.

Early Wicket:- Joel Houldsworth out LBW. Score on 5-1. Alex Kennedy in at 3.

Note to Self:- I just need to time my lap round the ground now but will see which way Joel Houldsworth sets off as his batting performance isn’t going to have made him happy…not that he ever is anyway!!!

Score moves on to 17-1 off 5 overs. I must say the early exchanges of bowling are very hostile (or just terrible bowling) with bouncers and beamers striking Joel Bentham and Alex Kennedy….some bruises tomorrow I think.

Young girl wicketkeeper goes off for Lowerhouse injured as ball strikes her in the shoulder…the Lowerhouse bowlers even hurting their own players! Hope she is okay as she was stumping very well.

Another injury as Joel Bentham goes off injured after being struck in the hip……it’s like a scene out of the Bodyline Series years ago.

Wicket:- Alex out LBW with score on 45-2. The ball appeared to be going way down leg side but 1 player appealed, and umpire given it. We will never know.

Good to see the return of Jason Kayley to the team for his first game of the season. Hopefully he can play a “little” part in our success today….a “small” reminder in what he can do….a good “compact” innings….playing some “short” bowling…..to “mid(get)” wicket…..and does get “stumped”.

Wicket:- Rhys Holt out caught after some aggressive batting. 92-3. Tom Newton in next

Shot for 6:- Jason hits Scoreboard and breaks the last man number…….only been back a minute and causing problems!

Captain Ste in next to keep up the momentum….Wicket:- Ste out caught. Abid in with score on 169-7.

Wicket:- Abid caught. 171-8. Marcus in next to face last couple of overs. He holds his ground.

Decent score of us to defend hopefully on what seems to be a poor wicket. Anyway, same for both sides.

Ste to open from Scoreboard end.

Abid opens from the Dog and Otter end.

Lowerhouse move to 33 off 10 overs…their 2 batters look set and are being patient.

Change bowler as Fobbit replaces Ste. He batted well, can he get us a few wickets. Yes he can……

Another Wicket:- bowled Abid caught Rhys. Score moved on to 49-4.

Change of bowler into the attack as Marcus comes on for Abid who bowled excellently.

Captain Ste asks Joel to bowl….he gets ready….Kayley then states he has 1 over left to bowl….Joel retreats with a really happy look on his face…hands waving around….has to be Movie Quote time…Return of the Hobbit!

Finally, a change of bowler as Joel does come on for Hobbit. We then see the remaining wickets fall as follows;

Good performance today by the boys…..we batted well to post our score and then terrorised the Lowerhouse batsman with some excellent bowling from Abid, Jason and Marcus backed up by Joel at the end.

Difficult one today with some good performances. A close decision as Jason Kayley got 41 runs and bowled figures of 8 overs, 3-20, and Marcus Hamer was 2 not out with the bat, with bowling figures of 6 overs, 4-16. 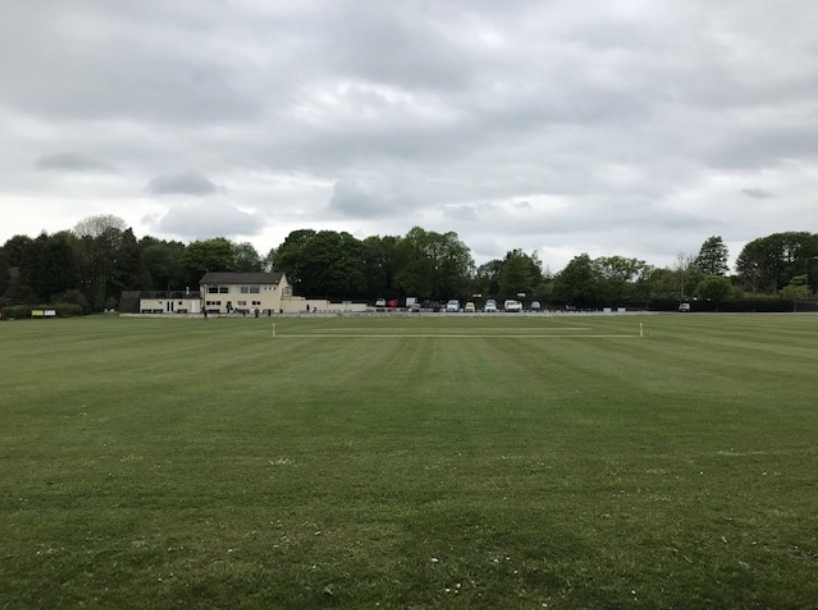 We return home this week after our visit to Rawtenstall last week, and entertain Lowerhouse at The Cliffe. As I do what is a regular occurrence of a “Power Walk” up Cliffe Lane, the day is overcast. As I arrive on the ground, and due to a last minute issue, our wicket the last one on the square….just next to Westcliffe!! Long walks to the bar today.

Ste is a last minute drop out so in comes young Nihaal Basharat for his senior debut. Good luck young man. (I must apologise as did have a picture taken for Nihaal, but the quality wasn’t the best).

Guest appearance Zeain as umpire…..looks like he has either lost his Ice Cream Van…..or he has qualified as a Doctor…..either way thanks for supporting the team Dr Zeain umpiring today.

Ben Rogers and Joel Houldsworth to open batting. The game begins…….but unfortunately a very early Wicket:- as Joel bowled. 3-1. Shak in at 3.

The Lowerhouse opening bowling attack look decent, which means a cagey start as runs are few and far between.

Incident:- Shak hit by thrower on the elbow…he goes down in pain…..luckily we do have Dr Zeain on hand to go and take a look. Unfortunately means Shak has to retire hurt for the time being……Tom Newton replaces Shak. 13-1.

Our score moves to 21-1….with only 3 runs coming off the bat….18 extras to press…..Extras is usually a high scorer when we play….we should sign him on.

Shovey in next….but doesn’t last long as he is out caught behind. 58-4

Captain Leachy arrives at the crease. Wicket:- Leachy out caught. 60-5. In comes Abid…can he stick around for a while and support MC Hammer. Shot:- Ammer hits bowler for 6……..another 6…..then a sublime 4. He isn’t finished there as he hits another shot for 6.

Wicket:- Ammer’s progress is halted as he is caught out. 89-6. Good innings off not so many balls again.

News Alert:- Lowerhouse have brought their team manager again walking round barking instructions. A 3rd team with a team manager…..maybe we need one?!

Wicket:- Shak  who has returned to the crease to carry on his innings post his injury, is then duly fired by Dr Zeain LBW. 88-7. The two exchange looks at the wicket at the decision.

Wicket:- Abid caught. 98-8. In comes Marcus to join Alex. Unfortunately have a short spell together Marcus is run out…probably not a run….Nihaal in last for his debut with the bat. Score on 103-9.

Both players try and keep our innings going and play some nice shots until Wicket:- Alex bowled. 103 all out.

We struggled today with the bat to get going and unfortunately it was left to the “young guns” at the end of the innings to try and save the day….pity we didn’t have a couple of experienced batters down the order to try and bat through with the kids.

Joel to open bowling from the Dog & Otter end whilst Abid to open at the Scoreboard end.

Early exchanges are tight as Lowerhouse start to gather runs on the board. Interesting viewpoint in that they have fielded a few players from last weeks 2nd fixture. This could define the result.

Change bowler as Nihaal comes on for his bowling debut for Alex. The score has now moved to 74-1. Again their 3rd team manager is patrolling the perimeter of the pitch…..

Unfortunately, this now becomes the shortest Innings Report I think I have done as the game quickly comes to a conclusion…….Game over. Is it because the Cup Final is on and everyone ants to watch it…..hopefully not.

Not much else to say other than Congratulations to Nihaal for his debut in the Senior Side. Player of the Match goes to Ammer for his quickfire score as he tried to rally our side. Lowerhouse with a well-deserved win – Congratulations. We couldn’t seem to “Build” any momentum…..good time to mention one of our club sponsors;

Our 3rd team have no game next week so on to the week after when we can hopefully get back to winning ways.