In a rare Lancashire League Saturday game, our 1st XI are on their travels to take on Colne.  The Horsefield ground that hosts today’s fixture was the venue for our first ever Lancashire League game, which was abandoned due to rain back in April 2017.

In the fourth of our five JW Lees Founders T20 group games, we travel to Colne’s Horsfield ground.  The game starts at 6:15pm. 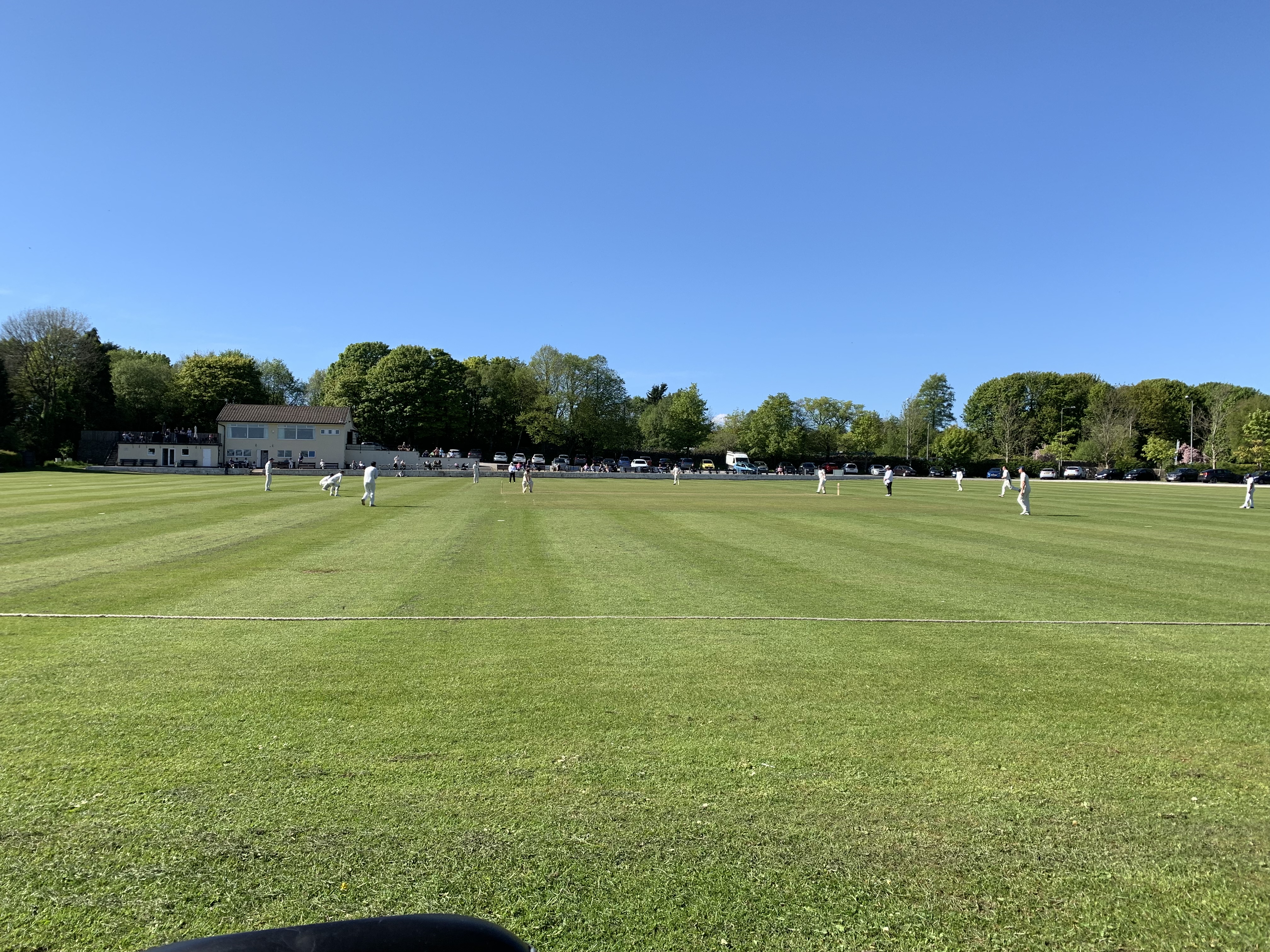 ‘There’s no better way than to spend a summer afternoon than in the sun watching your local cricket team’.

He’s only 8 weeks old, but this is what I told my little lad as I got him into his whites ahead of his first full visit to Cliffe Park for today’s game. Undoubtedly the first of many.

Colne would be the visitors today, who couldn’t have had a better start to the season, wins against Rawtenstall, Milnrow and Littleborough sitting them at the top of the newly created Lancashire League Division 2 Table.

By contrast, 3 defeats to start the season with only 2 batting points to show for our efforts, followed by midweek news that our captain had stood down could be viewed, at least to the casual observer, as a club struggling.

But this is not the case; as was detailed in our post (here). Paul’s reasons for stepping aside were solid and nothing to do with the current fortunes of the side. His contribution to our 1st XI has been immeasurable (more on this later), and he will be a huge asset to our 2nd XI and the continued development of our next generation of cricketers, for whom the experience presented by the opportunity to play alongside both he and Russ, two players that have been as good as there gets at amateur level, cannot be understated.

So we go into today’s game looking to kick-start our season. The committee had moved swiftly to appoint Matt Oddie as our new captain. Previously vice captain, he becomes possibly our youngest ever captain, but the committee is in no doubt he is the right choice to move our club forward.

That said, he lost his first toss, and Colne asked us to bat. A glorious day, it looked on the face of it a good one to bat, but persistent showers through the week had left a little moisture in the wicket and it proved tough going. Mas looked to take the game to Colne from the offset, but had to be patient with some indifferent bounce and wickets falling around him.

Matt went, caught at slip, then Harris, after looking solid played an expansive drive but got there too soon skying the ball which dropped tamely into the hands of cover.

Only professional Thikshila (Sanka) de Silva really took to the conditions, scoring an impressive 63, from 77 balls including 3 sixes, supported predominantly by Allan (11) and Jack (18).

Once he was out, the score had moved to 130, the tail adding a further 22 but unable to see out the 50 overs. Our opponents claimed the 2 bowling points with just less than 3 overs to go.

In response, Colne’s openers immediately settled, Rhodes in particular punishing any bad bowl. Our bowlers rotated without ever looking like causing the batsmen problems, and even the wicket of Spokes, a sharp stumping by Allan off Newy, only proceeded to bring the Colne professional to the crease. Rhodes reached 50 and the score passed 100, Colne comfortable and in all reality coasting to victory.

Then in one over, everything changed.

Sanka found a way through Rhodes defence, bowling him for a well earned 67.

Next ball, Walton out LBW! Sanka on a hat-trick……

Not to be, the ball beating the bat but straight through to the keeper.

Next ball, Yorker! – Bradshaw out bowled.

Next ball – Faster! – Holt out bowled.

Within six balls, Sanka had turned the game on its head. .WW.WW, a four wicket maiden registering us a point and bringing us right back into the game.

The following ten overs were some of the most engaging I have seen in a long time at the Cliffe. Colne, only 30 short of the target, suddenly looked like they wouldn’t score another run. When Maher, brought back immediately to partner Sanka following the big over, clean bowled Kegg, it looked and felt as though the game had swung in our favour.

Confidence, the one thing that appears to have been missing from this side in recent times, flooded back, and almost every ball was met with stifled appeals as Colne scratched and scampered for each run.

Price, the Colne professional, was still at the crease, and whilst there, they had every chance. It was a case of whether, in the face of such hostility, he could find somebody to stick with him.

Matthew Walker, Colne’s number 8, was this man. His 5 off 32 balls may seem unremarkable when looking at the scorecard, but in the conditions, and the match situation, at was as important an innings as that of his opening team mate Rhodes.

Colne dug in, and scraped their way towards the target. Sanka bowled out, his 15 overs going for just 35 runs, and the winning runs came from the next over at his end as Newy replaced him, a boundary struck by Price wide of mid off.

So Colne win, extending their unbeaten run to 4 games and consigning us to a fourth straight defeat. However, the performance today, particularly at the end left us with plenty to be positive about.

The fear factor, or the tendency to show the opposition too much respect, has perhaps held back this team in recent times, but in the closing stages of today’s game it was evident that when this is shaken off, when the belief is there this team has more than enough ability. We’ve lost four from four, but the teams we’ve played currently comprise the league’s top 4, and between them have only lost 2 of 16 games they’ve played.

Our 2nd and 3rd XIs both sit top of their respective tables, an indication that the strength in depth is there, and it can only be a matter of time before we’re winning games at 1st XI level too.

On to the next one, where we travel to Milnrow.

I can’t close this report without marking Paul Houldsworth’s contribution to our 1st XI. The 6007 runs and 302 wickets showing on play cricket against his name don’t tell half the story, as these stats date only from 2004. Paul has been playing, and contributing regularly with both bat and ball for our first XI since 1985, almost as long as I have been alive.

Indeed Paul won the Ribblesdale League bowling prize in 1995 and holds our club record 4th wicket partnership, his 109* contributing to a combined 194 back in 1989 with overseas amateur Gary Kirsten (yes – that one).

It really is doing a disservice to Paul and all those that have contributed to our club through the years that we don’t hold comprehensive stats. It remains a long term goal of the club, and in particularly the author of this piece, to locate and backdate old Ribblesdale League scorecards onto play cricket to record for posterity the contributions made by players throughout the club’s history. Any help with this would be greatly appreciated, please get in touch if you feel you can assist.

Our second 1st XI home game of the season sees Colne arrive at Cliffe Park in what will be a competitive Lancashire Cricket League fixture.  Gates open 12pm for a 1pm start