It is with sadness that we announce that our professional for the last 3 seasons, Ashen Silva, will not be returning in 2019.

After a record-breaking 3 seasons with the club, Ashen leaves us for pastures new in 2019. Whilst we had discussed the option of returning in 2019, Ashen has received a wider offer from a club which gives him the opportunity to combine his duties as professional and coach with a role which we hope will enhance his options in his life after cricket. 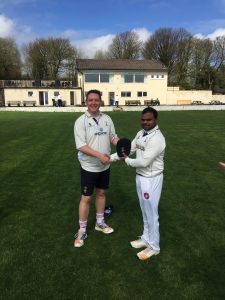 In his three seasons with us, Ash has scored more runs for Great Harwood than any other professional for the club, breaking through the 3000 run barrier before the end of this 2018 season, and not to mention well over 125 wickets.

But it’s not only Ash’s on field contribution – with bat, ball and in the field – for which he will be missed next year. In the dressing room and around the club, Ash has been a breath of fresh air and his reinvented what it means to be, and what should be expected of, a club professional.

We have been fortunate to have had a man like Ash around our club. Few clubs can boast that their professional attends and is involved in every senior and junior practice session, helps the ground staff in preparation of the ground for matches, organises events for the club and, last but not least, is a magnificent chef! 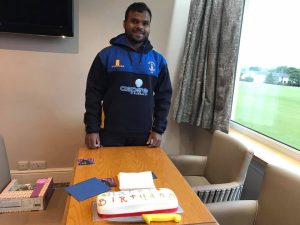 His work with our younger players over the past 3 years has helped many move from our junior ranks into our senior teams, and their careers in league cricket will be better for his input.

Whoever follows in his footsteps in 2019 and beyond will have some big boots to fill. It is not just a respected professional that will not be returning, but a great guy and a great friend is leaving.

Thank you Ash, for everything you have given to our club. Our door is always open, and we hope to see you in 2019.